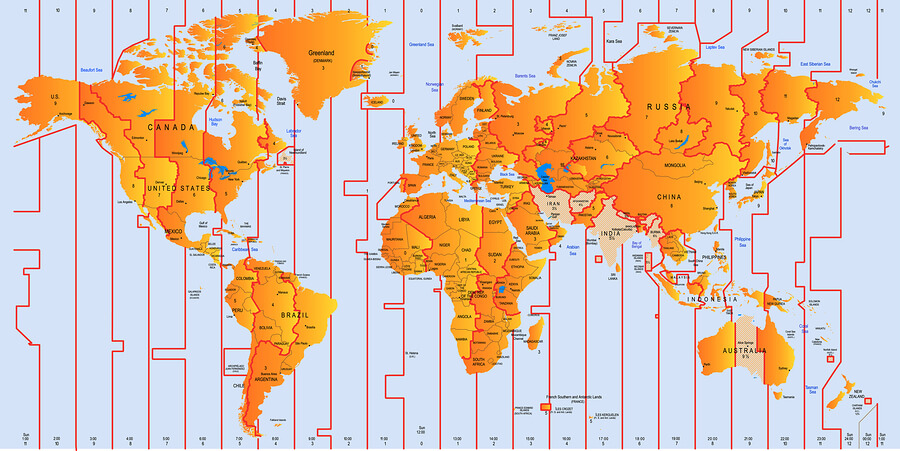 TIME refers to a period that is used for event or activity. It is measured in seconds, hours, days, months or years.

This commonly referred to the East African Standard Time. There would be problems of telling time if every place had its own time set according to local mean time. For example, there would be great confusion in railways or airways timetable or in radio programs if they had to show difference time each one place within a small area.

To avoid this problem, different stretches on earth takes their time from great meridian. The time adopted is known as standard time.

In a certain place there could be a place on the surface using its own local time. This would bring a lot of confusion example every radio station would have to announce different times for every region within the same country; Local time of Mbeya would be different from that of Dodoma. The above confusion was avoided when it was internationally agreed to split the world into 24 time zones according to longitudes.

NB: Large countries like Canada, USA and Russia have different standards for different regions within them because they are crossed by many time zones.

The earth rotates on its own axis from West to East once every twenty four hours. This means 360° of longitude are covered in a period of 24 hours or 1° in four minutes. There are places on a given meridian that experience midday at the same time. Time recorded along the same meridian is known as Local Mean Time (LMT).

What is the local time at Morogoro-Tanzania when it is noon at Kigali-Rwanda?

place to the West, the time difference is subtracted (-). Since Morogoro is to the East of Kigali,