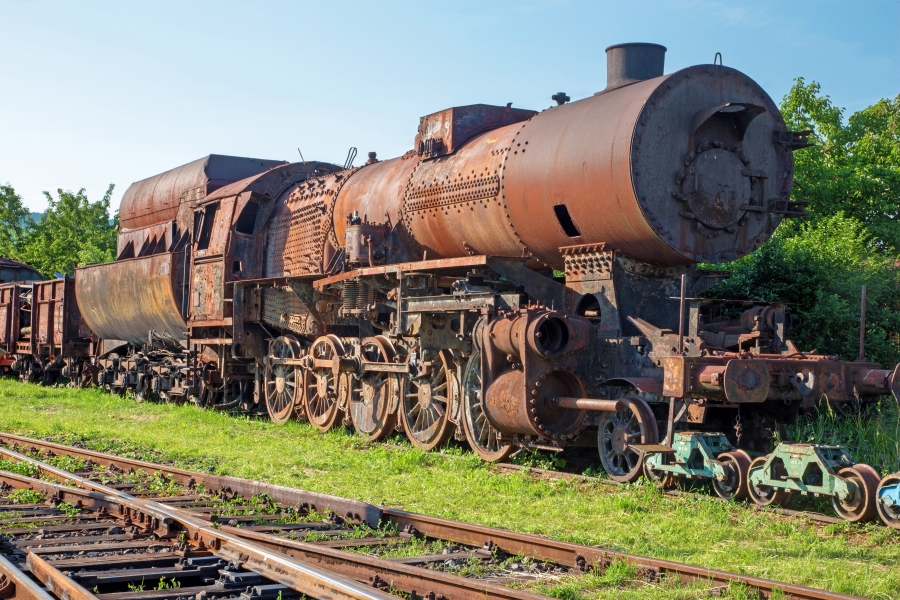 ELECTROPLATING is the coating of one metal with a layer of another metal by means of electrolysis, where the metal to be coated is the cathode and the coating metal the anode.

An iron or steel object can be electroplated with a layer of chromium or tin to protect against rusting. A ‘tin can’ is made of steel coated on both sides with a fine layer of tin. Tin is used because it is unreactive and non-toxic.

However, if protective layer is broken, then the steel beneath will begin to rust. So, proper handling of tin-plated items is needed.

An iron object may be covered with a layer of zinc. This is called galvanizing. Even if the zinc is scratched to expose the iron, the iron does not rust. This is because zinc is higher in the reactivity series than iron.

So, zinc reacts with water and oxygen in preference to iron. The zinc layer can be applied by sev­eral different methods. These include electroplating or dipping the object into molten zinc. When an iron or steel ar­ticle is dipped into molten zinc and then removed, it becomes coated with a thin layer of zinc.

The zinc forms a protective coat over the surface of iron. This process is used for dust­bins, car bodies, barbed wires and motorway crash barriers.

Alloys are mixtures of met­als. For example, iron can be mixed with small quantities of much less reactive metals to form an alloy called stainless steel.

Stainless steel contains iron mixed with chromium, nickel and manganese. Stainless steel does not rust. It also has a very attractive appearance. It is used to make cutlery and kitchen equipment.

USE OF SILICA GEL

Silica is a common name for silicon dioxide (SiO2). Silica gel is a granular, vitreous, highly porous form of silica made synthetically from so­dium silicate. Despite its name, silica gel is a solid.

It is used as a desiccant, which absorbs moisture to prevent rusting of iron items or articles. Most often, a small bag of silica gel is put inside bags or boxes used for stor­ing or carrying iron items to absorb any moisture that may cause rusting.

Combustion of a substance in oxygen or air is so common that it becomes almost a habit to use the word ‘combustion’ as if it referred to this kind of reaction alone. In real sense, it may be applied to any chemi­cal reaction accompanied by light and heat in which one or more of the reactants are gaseous.

This is because we live in an atmosphere of air that contains oxygen, which is a very reactive gas. The gas sur­rounds any burning material.

Oxygen is regarded as a sup­porter of combustion. However, it can sometimes combine chemically with the burning substance to produce a new substance, as we shall see later.

Combustion of a substance involves its reaction with oxy­gen and the release of energy. These reactions are exother­mic and often produce a flame. An exothermic reaction is the one that is accompanied by re­lease of heat to the surround­ing environment.

Combustion in which a flame is produced is described as BURNING. During burning energy is given out in the form of heat, light and sound.

THE APPLICATION OF COM­BUSTION IN REAL LIFE