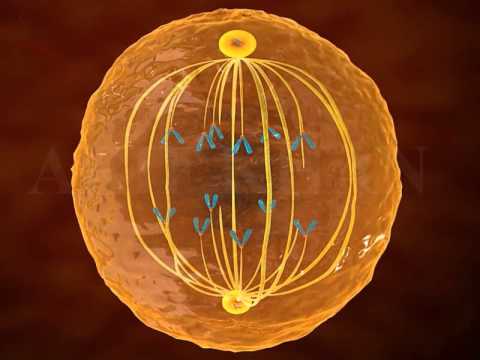 MITOSIS is the process of cell divi­sion whereby the chromosome are duplicated and distributed equally to the daughter cell.

The process of mitosis takes place in several stages, which are described below.

As the chromosomes become visible, other events take place. The nuclear membrane and the nucleus gradually disappear and a network of fibers appears in the cytoplasm. This network of fibers is referred to as spindle.

Prophase is followed by metaphase stages. The nuclear membrane has disappeared completely by the cell and become arranged. The centromere of each pair of chromatids is attached to a spindle fiber.

Telophase begins when chromosomes reach the poles of the daughter cells. Many events in the telophase are the reverse of prophase. The chromosomes uncoil the nuclear membranes around daughter nuclei appear, the spindle apparatus break down and the nucleus reappears and nuclear membrane forms around each mass of chromosomes. 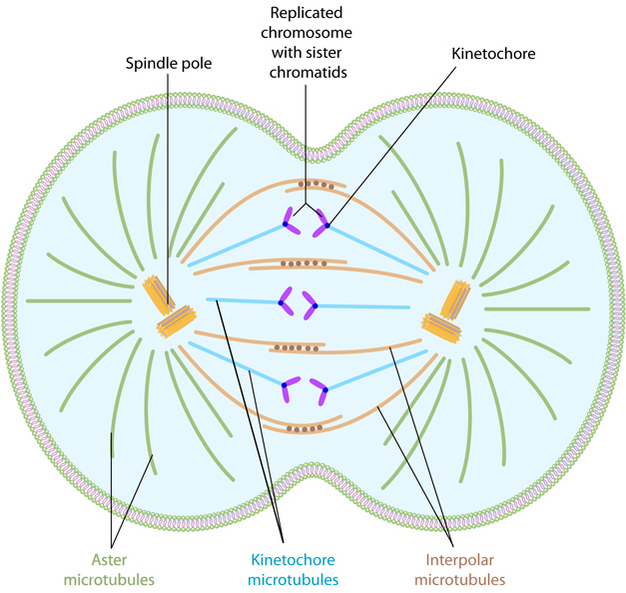 Telophase is followed by a stage called cytokinesis. This is the division of cytoplasm. In plant cells, a delicate membrane called a cell plate starts to form in the middle of the cell.

SIGNIFICANCE OF MITOSIS IN GROWTH

-Mitosis results in the formation of two identical daughter cells.

-The daughter cells are also identical to the parent cells because each daughter cell has the same number of chromosomes as that found in the original cell.

-Mitosis enables an organism to increase in size and maintain the same number of chromosomes in its body cell.

-Mitosis is also important for the replacement of worn out or damaged cells example in the lining of the gut and the surface of the skin.

Mitosis alone does not bring about growth, when the cell divides the two daughter cells are initially only half the size of the parent cells. The new cells must take in more materials to form the additional cytoplasm to produce fully-grown cells.

(b) With the help of diagrams, explain the stages of mitosis.