Geography for Form 3: STRUCTURE OF THE EARTH 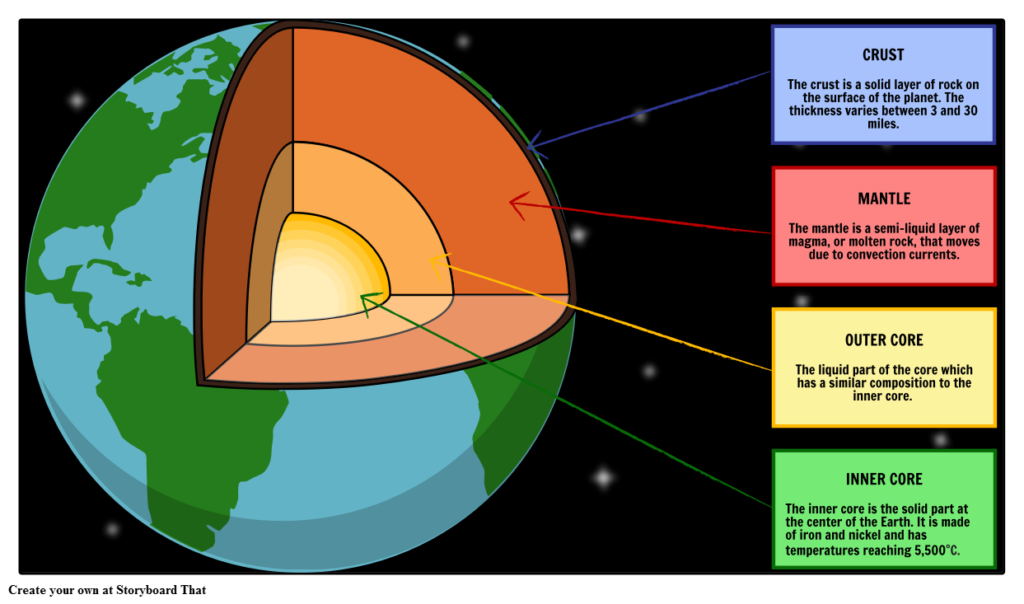 CONCENTRIC ZONE OF THE EARTH

Is the outermost and thinnest zone of the earth which found between 8-50 km or 5-30 miles. It is known as Lithospere, It is largely composed of igneous rocks. Other types of rocks also exist as a result of changes on the earth’s surface.

The rocks are crystalline, hard and brittle. Bacause of being brittle they tend to break when subjected to stress or forces especially the compressional forces.

The crust also consist of two layers, sial and sima.

This is the outer layer of the crust which rich in Silica and Aluminium minerals. The sial form the basis of the continent.

This is the layer which is found beneath the sial. It is the inner layer of the crust which is separated from sial layer by the zone called Conrad discontinuity line. The sima layer is composed of silica and magnesium. It forms the basis of ocean floor.

Mesosphere or mantle is found between the crust and core. It lies beneath the crust. It is separated from the crust by the zone of separation called Mohorovic discontinuity line. It extends downward to about 2900 km (1800 miles) where the temperatures may reach about 50000 degrees centigrades. It consist of pale green minerals called Olivine (Ferromagnesium silicate) in form of ultra basic rock.

The lower mantle is less rigid and forms the molten layer within the earth’s interior called asthenosphere.

Asthenosphere is the molten layer layer which responsible for the balancing movement of the earth’s material called isostatic readjustment. Asthenosphere is found between 100 to 200 km below the upper surface.

The core is the innermost zone of the internal structure of the earth. It is also called barysphere or centrosphere. It has diameter of about 6900 km (4300 miles) density of about. The core is separated into two parts i.e. the outer and inner core. It separated from the mantle by zone of separation called Gutenberg discontinuity.

It is thought to be solid in nature because of high pressure exerted from different parts toward the center – It composed mainly by iron. It has diameter of about 2600- 2700km. (1600-1700 miles).

EXTERNAL STRUCTURE OF THE EARTH

External structure of the earth consists of four main layers. These are Atmosphere, Hydrosphere, Lithosphere and Biosphere.

It will continue next week, don’t miss.